In loving remembrance to the dearly departed Fitbit Rabbit. A rabbit that did actually go … to where no Fitbit Rabbit …

had ever gone … before! 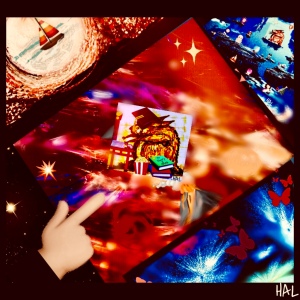 Or since! … Or nonsense for sure!

What was the Fitbit Rabbit’s secret?

Well! Once the “bunny fever” goes away, many people leave their new purchases alone in small outdoor cages called hutches. Or they just give them to animal shelters, or release them outdoors, where they just starve to death or are killed by predators. Yes! Most bunnies, Fitbit or not, end up dead or abandoned by their first birthday.

But Mikey, though he only lived seven years, was given the opportunity to explore, to learn, to blog and ever so much more! And in the Far Beyond, his adventures WILL continue even after you, me and the world itself, becomes extinct or is forever gone: forever more!