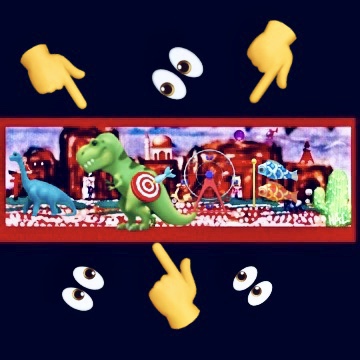 Again, look toward the:

the East Side of the Eiffel Tower;

the Eastern Side of the Moon;

a scooter made in Eastern South Korea;

a Chinese gorilla from East Africa;

and a green dinosaur with a bullseye playing soccer for East Jurassic Park University.

Who could ask for anything more!?

Well! There is more!

And between East and West lies the Great Eastern Pacific Abyss!

Do those hills, no trees, have eyes….?