Just some 2017 doodles and such in a collage verging on a montage!

Or is it the other way around?

By Hook or By Nook Says:

I swear every time I look at these I see something different.

It is a cognitive bias called the frequency illusion. Like seeing something new, then seemingly seeing it over and over again shortly after you first notice it. This frequency illusion, Baader-Meinhof, whatever you want to call it, is an actual scholarly-recognized psychological phenomenon.

How’s that for psychological Mumbo Jumbo? 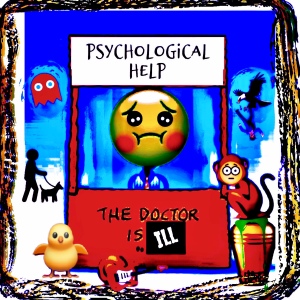